Anthony Haynes writes: FJWilson Talent Services (FJWTS) have worked with the Association of Accounting Technicians (AAT) since 2012, initially focusing on a number of new, regional and field-based business development roles.  In a previous post we looked at effective practice in recruiting a new team at AAT.  After further expansion that team is now ten strong, nine of whom were found by FJWTS. 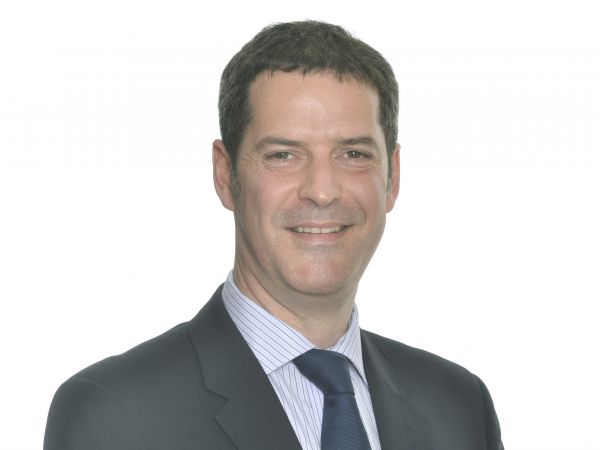 Martin Hanratty is National Account Manager at AAT. He has worked with FJWilson Talent Services (FJWTS) since 2012 — both as a candidate for his current job and, subsequently, as a hiring manager with AAT. Martin has previously worked as a recruitment consultant. Equipped with this triple perspective he discusses the development of his successful relationship with FJWTS.

I was working for a charity which helps people with disabilities get into employment, which I found very rewarding, as well as insightful in terms of employer attitudes towards disabled people. I wasn’t very active in looking to move, but I was keeping an eye out for new opportunities. A colleague of mine saw the role of National Account Manager advertised on a website by FJWTS, knew of my aspirations, and told me about it. As FJWTS was the contact for the job I updated my CV and sent it off.

Fiona Wilson got in touch and we had a two-part conversation; firstly, to find out about me, and secondly, to explain the role at AAT. We agreed I was a good fit for the role and Fiona agreed to add me to the long list of candidates she was compiling for AAT. When she rang back to let me know I’d been selected for the first round of interviews Fiona gave me more of an in-depth brief around the job, focussing on the requirements of the role.

The first interview was with Rob Alder and a colleague from AAT’s human resources department. I sensed it went well and that I was getting affirmation on what I was saying.  At the second-interview stage there were two candidates and it included giving a presentation. I particularly wanted the job as it was a new one so I wasn’t inheriting a legacy.  I found out that I’d been successful the following day. FJWTS maintained their link with me and AAT, overseeing contracts and HR, which was great.

Experience of FJWTS as a candidate

I was very impressed by Fiona’s attention to detail and professionalism: there was an integrity to what she did and how she did it. Fiona retained a continuity of interest – she kept stirring the pot, as it were, so that never at any point did I feel I was on my own. There was always a fall-back: Fiona was always approachable if I had any issue or query.

Experience of FJWTS as a hiring manager

When I expanded the sales team the job had evolved from what AAT originally wanted to what I wanted. I was looking for business development people, on the look-out for opportunities, scouring the horizon. The efforts of my team have significantly contributed to growth at AAT.

What Fiona is very good at is getting the essence of the role’s needs and the manager’s needs in terms of individual characteristics. She established a common denominator for what I look for in a team. We’re regionally disparate, working remotely, so it is a challenge to create a team. Fiona gets that I’m looking for ‘hunters’ not ‘farmers’. They need to be self-managing and to have internal drive and ambition.

Fiona sometimes puts forward candidates who don’t fully match the specification and, on these occasions, she’ll always flag the reason why she thinks they’re worth considering. It’s worth a conversation even if for no other reason it reinforces what you’re looking for.

FJWTS candidates are very well prepared. They know about me and my idiosyncrasies! If a candidate has not understood what we do, it’s testament that they don’t have the listening skills required.

I use the FJWTS psychometric assessment service quite a bit. They are helpful – although I need to have them explained. They give you insight into a candidate and areas to probe at interview. I’ve built up a relationship with Tony Walsh so I know I can ring him up and talk it through.

I always give FJWTS feedback on candidates interviewed; they encourage all hiring managers to do this. I feel this is an important thing to do, but of course, it’s just my perception. I try to comment on the tangible things – how a candidate presents him/herself and how they articulate their evidence –rather than intangibles which can be subjective and irrelevant.

The over-arching thing is I only see people who are relevant. By the time FJWTS sends details about individuals they’ve almost done half the interview: I only see candidates who are interested/engaged, and from a skills-perspective, relevant. Recruiting for positions in London and the south east is difficult but I refuse to compromise on the quality of candidates – and I still get the calibre of candidates I need. Fiona’s approach is to explain ‘this is what I see in the candidate/this is why I put them forward’. She’s a trusted adviser and not someone who is trying to ‘sell’.